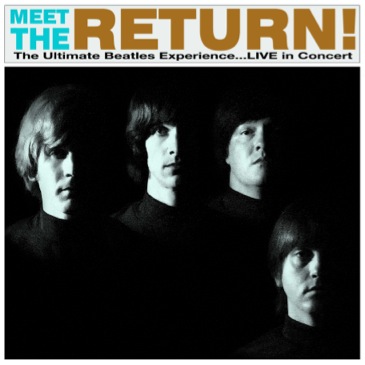 The Return got its start back in 1995 when four young friends got together to play their favorite Beatles songs just for the fun of it. It wasn’t long before they played in front of an audience at the request of a friend and as it turned out, were very well received. That show—which was supposed to be a one time thing–led to another gig, which led to another and so on until the band found themselves playing on a regular basis. They decided to go ahead and make it official. They named themselves the Roaches.

As time went on, they began to polish up their act a bit and became fixated on the idea of striving for the highest level of authenticity possible. They wanted to recreate the early sixties Beatles concert experience from the tiniest detail (John Lennon’s on-stage gum-chewing) to the biggest, most expensive details (using exact replicas of the instruments and gear the Beatles used). While they were learning to comb their moptops just right and finding the right Beatle boots and black suits to wear, they were also learning each song note for note, rhythm for rhythm—getting the signature moves and ‘looks’ of the Fab Four down pat, too. They practiced relentlessly–with a growing passion for getting their show just right. In the years that followed a few members came and went, and the band took on a more professional presence. They got an agent, changed their name to the Return, and began to command the attention of more widely renowned clients not only in the United States, but in multiple other countries as well—including England.TheReturn-live on stage-2011

“They are known as one of the best Beatles cover bands in the country for a reason, and it was evident from our fans’ reaction to hearing them play.” — Scott Cunningham ~ Director of Entertainment ~ Atlanta Braves 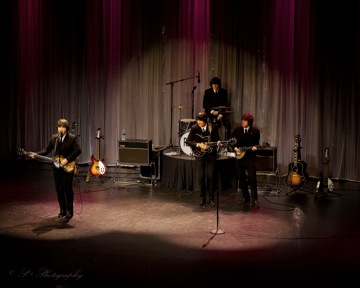 Today the band still strives to maintain the utmost level of authenticity in their show. In fact, they are known for it. They’ve played thousands of shows—theatres, festivals, fairs, casinos, cruise ships, colleges and universities, weddings, birthday parties, bar mitzvahs–as well as countless corporate events for companies like Coca Cola, ABC, Hard Rock Cafe, and Volkswagen International–and the reaction is the same every time. People are amazed at how much the Return sounds and looks just like the Beatles.

“They were great! Their energy and enthusiasm jumps off the stage. It was quite fun to watch them and imagine what it must have been like at an actual Beatles concert!” — Tony Perkins ~ Good Morning America

The Return has crafted a truly authentic, entertaining, and very exciting show. And in doing so, the band not only delivers a near perfect reproduction of a live Beatles concert–they capture the very essence of the Beatles themselves.

“Seeing the Return is like traveling back to Liverpool in the early 1960s…The Beatles live thanks to the Return!” — Jim Weiss~Senior VP of PR ~ Turner Broadcasting