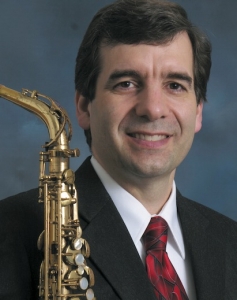 As a soloist and clinician, Dr. Leaman has performed and taught throughout the United States, Canada, Italy, Spain and China. An avid supporter of contemporary music, he has commissioned and given the world premiere performances of numerous works including concertos by two Pulitzer Prize-winning composers. He has been featured in both solo and chamber works on a variety of recordings.