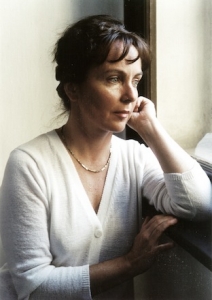 Judit Gábos was born in Cluj, Romania, studed at the George Dima Music Academy of Cluj, and graduated as a piano artist-teacher in 1980. The same year, as a result of her performance at the International Bach Competition, she was invited to tour Germany. Until 1991 Judit lived in Romania, playing solo recitals and chamber music in the most prestigious concert halls of the country, performing as soloist with a majority of the nation’s orchestras, playing at numerous festivals, premiering contemporary works, appearing on radio and television and, in 1985, being awarded 1st prize at the National George Dima Piano Competition (Cluj). Since 1991 Judit has lived in Hungary, continuing her performing career, and is currently head of the music department of Eszterházy College of Eger. In 2003 she received her DMA in piano performance from the Liszt Academy of Music in Budapest, where she continues to regularly perform. Since 2000 she has been an artist of the Hungarian Radio, and as such plays numerous live solo and chamber music recitals. Between 2003 –2008 Judit taught and performed at the Summer Chamber Music Academy at Farnieres (Belgium), and has also appeared in Turkey, Serbia, Spain, and Finland. In the United States she has been a visiting guest professor and played concerts at the University of Minnesota (Duluth) and Valdosta State University (Georgia).