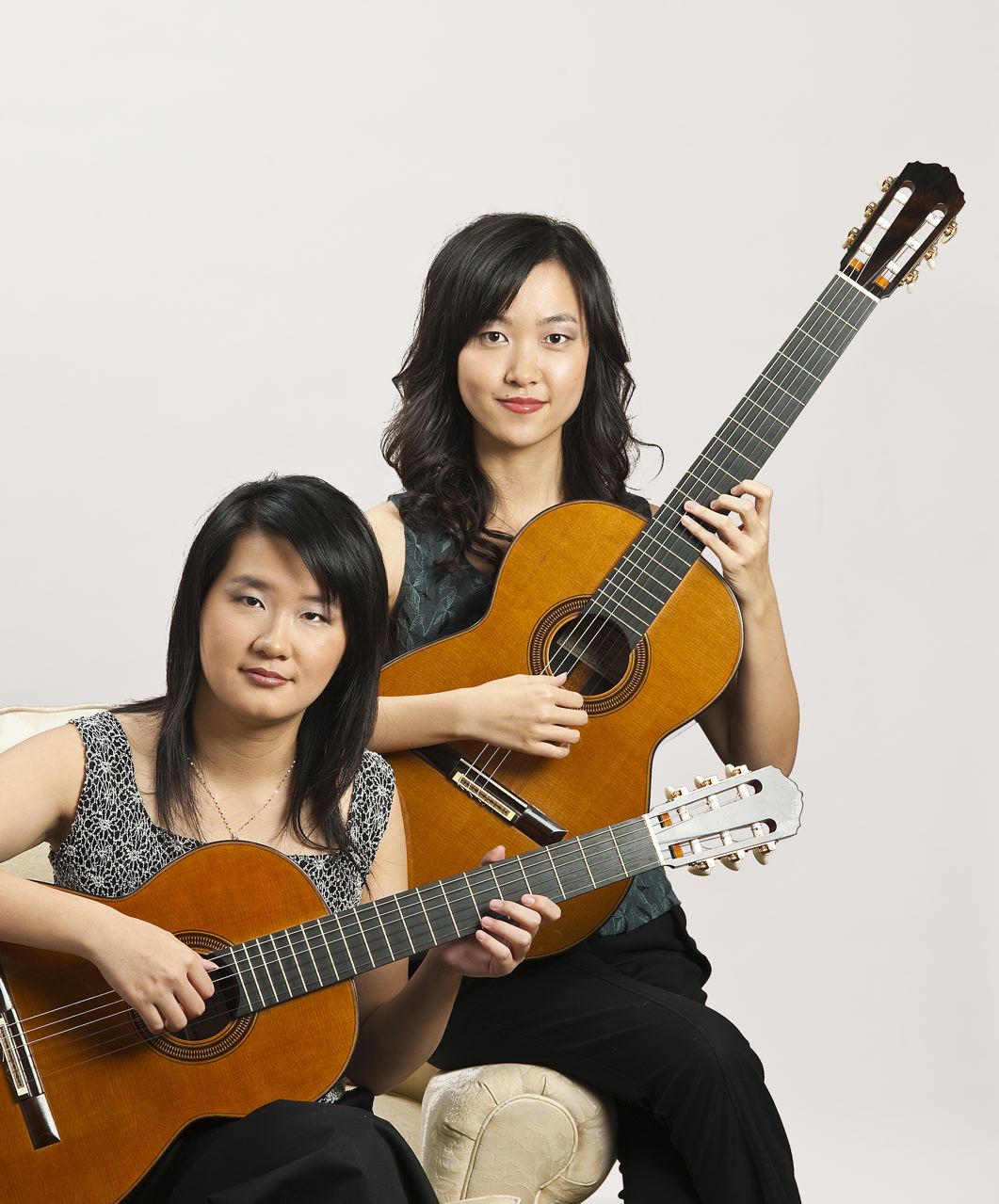 TODAY’S CONCERT IS SPONSORED BY KRISTINE AND JOHN CANDLER.
TODAY’S GUEST ARTISTS ARE SPONSORED BY ALETA AND EDWARD TISDALE.

Composed of guitarist Meng Su and Yameng Wang, the Beijing Guitar Duo has performed throughout Europe, Asia, and North America. This past season took them to countries such as Germany, Russia, Spain, Portugal, Denmark, Poland, China, Panama, and the United States. The duo has toured extensively with their mentor Manuel Barrueco, appearing in such countries as Germany, Finland, Spain, Russia, as well as the United States.

The Beijing Guitar Duo’s performances and recordings have impressed the public with “an ability and artistry that exceeds their years.” Their debut CD Maracaípe, received a Latin-GRAMMY nomination for the titled piece, which was dedicated to them by renowned guitarist/composer Sergio Assad. Their second CD, Bach to Tan Dun, has been widely noted for the world-premiere recording of Tan Dun’s Eight Memories in Watercolor, specially arranged for the duo by Manuel Barrueco. A recording in trio, China West, with Maestro Barrueco was released in May 2014.

Meng Su and Yameng Wang were born in the coastal city of Qingdao, China. They came to the partnership with exceptional credentials, including a string of competition awards. Ms. Su’s honors include victories at the Vienna Youth Guitar Competition and the Christopher Parkening Young Guitarist Competition, while Ms. Wang was the youngest guitarist to win the Tokyo International Guitar Competition at the age of 12, and was invited by Radio France to perform at the prestigious Paris International Guitar Art Week at age 14. Both young artists had given solo recitals in China and abroad, and had made solo recordings before they formed the duo.

In addition to concertizing, the members of the duo share a love for teaching which brings them to major conservatories in the world for master classes and to judge competitions. Since 2011 they have been Artists-in-residence for the San Francisco Performances. This four-year residency program brings them to the Bay Area every year for community outreach, performances, and master classes in public schools as well as for the San Francisco Conservatory.

Born in the coastal city of Qingdao, in the province of Shandong, China in 1988, Meng Su demonstrated her artistic gifts as an exceptionally talented guitarist from an early age.

Embarking on an exciting guitar career as one of the most outstanding guitarists of her generation, Meng Su began her training in classical guitar with renowned Professor Chen Zhi at the age of nine, where she quickly began attracting attention as a remarkable young talent. Before graduating from the High School of the Central Conservatory of Music of China in 2006, Ms. Su had already won many awards, including the 5th Vienna Youth Guitar Competition, the 48th Tokyo International Guitar Competition, the Christopher Parkening Young Guitarist Competition, and the 2nd Iserlohn International Guitar Competition in Germany.

As a performing artist, she has performed solo, duo, and quartet concerts across the United States, United Kingdom, Canada, Austria, Germany, Holland, Ireland, Finland, Croatia, Korea, Japan, and China, in which she has impressed audiences with an ability and artistry that exceeds her years.

Ms. Su performs regularly in chamber music setting, both with orchestras as a soloist, this past season she performed the Concierto de Aranjuez by Joaquin Rodrigo and Osvaldo Golijov’s Ayre for a chamber music ensemble.

Meng Su obtained her Performer’s Certificate and the Graduate Performer’s Diploma from Peabody Conservatory in Baltimore, USA, and is currently continuing her studies with guitar virtuoso Manuel Barrueco in the chamber music program.

Ms. Su’s discography includes a live CD and DVD release of a 2005 guitar concert in Korea as well as a release of “Four Angels.”

Born in Qingdao, China in 1981, Yameng Wang fell in love with the classical guitar at a young age and began studying with the leading guitar professor in China, Professor Chen Zhi, when she was 10 years old.

After graduating from the Central Conservatory of Music of China in 2006, Ms. Wang enrolled in the Peabody Conservatory in Baltimore, Maryland. There, she finished her Masters of Music degree in 2008 and is currently in the Graduate Performance Diploma program, studying with Maestro Manuel Barrueco.

Ms. Wang has given acclaimed recitals across the US, France, Italy, Holland, Germany, Ireland, Finland, Croatia,, Britain, Austria, Spain, Belgium, Switzerland, Poland, Australia, Japan, and Malaysia both as a soloist and in chamber music setting.

Her first album, “Caprice” was recorded when she was 16 years old. “A Very Special Album” was released in 1999, and in 2003 she contributed GHA’s album, “The Best of Classical Guitar.” In 2005 she released “Classic Guitar – Aquarelle, Un Sueño en la Floresta.” 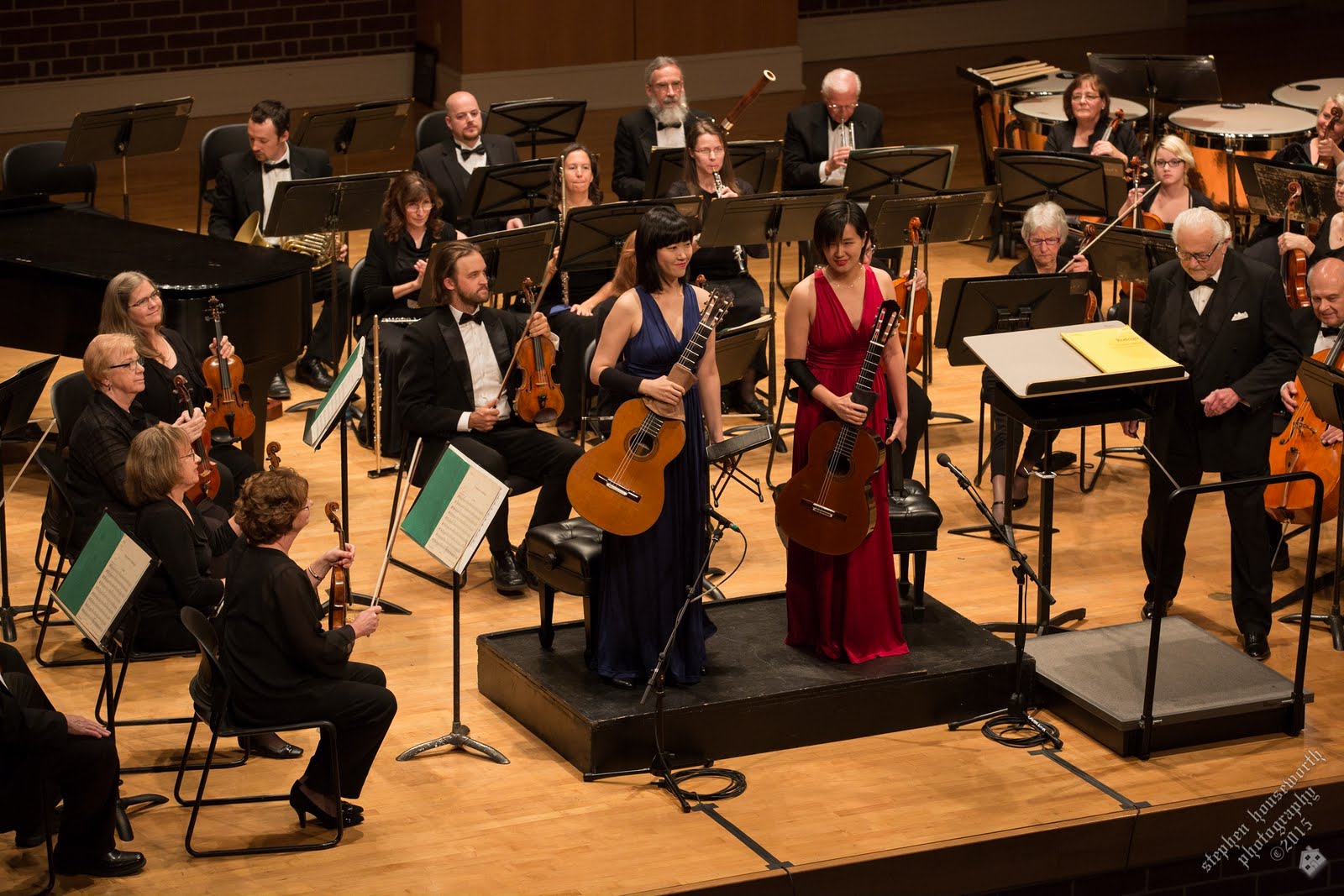