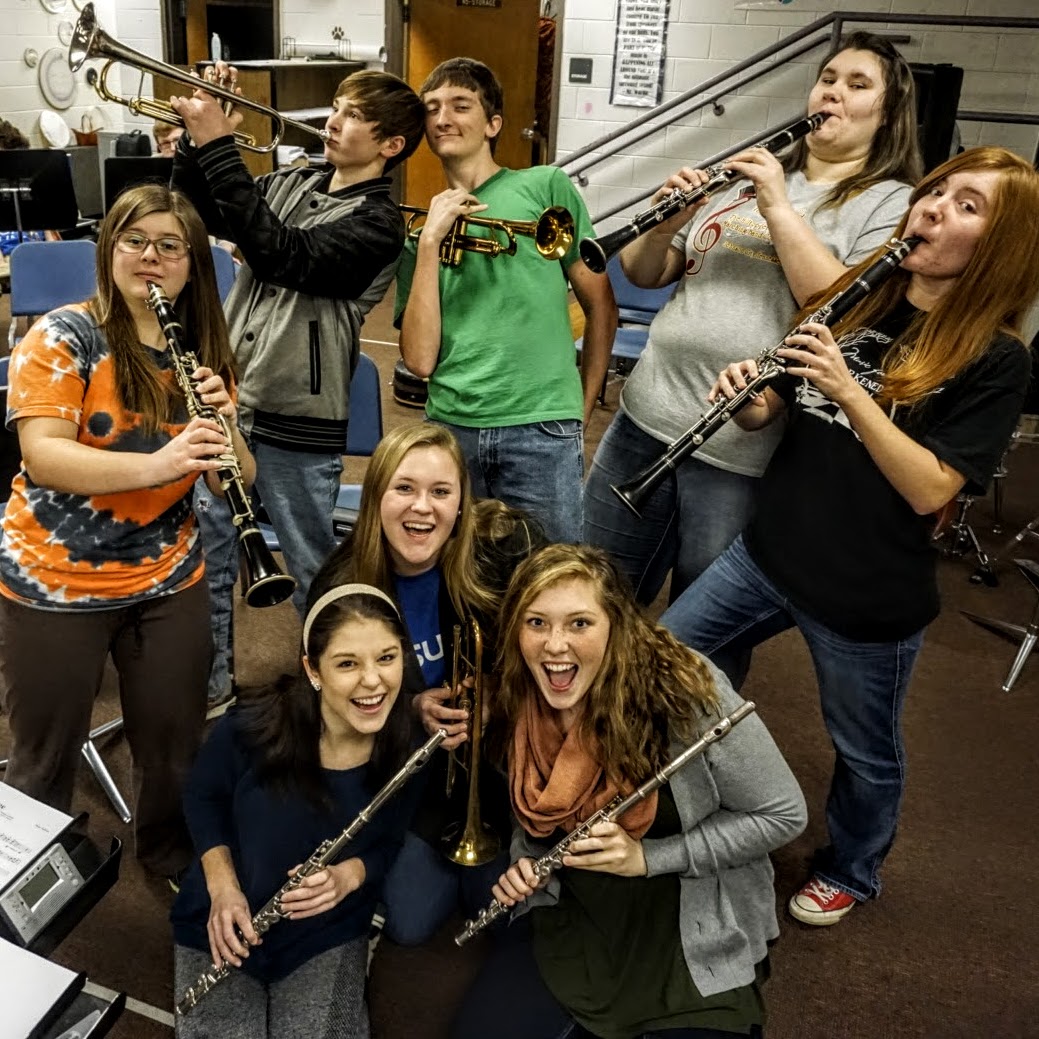 After a season of packed houses, world class guest artists and standing

ovations at the Porter Center, the Brevard Philharmonic boasts an ever

growing, supportive audience; however, as the music organization’s fund

drive goes into its second month, it has become clear that the work

children is generating an especially enthusiastic level of giving.

On the 21st of March the Transylvania County Board of Education

Schools Month, following the lead of the National Association of Music

Education. Board member Betty Scruggs made the motion which was

seconded by board member Marty Griffin. With this resolution, our school

system rededicated itself to a music education program that will, “…reach

and positively influence each child.” The Brevard Philharmonic was

lauded before the motion was made as one of the community

organizations that plays a vital role in moving the school system

Every year, Aleta Tisdale, current chair of the Philharmonic’s Music in the

of professional musicians in the elementary schools. This past year all

kindergartners had a “Meet the Orchestra” encounter where they could see

and touch the instruments of the 4 instrument families. All first graders

wearing Renaissance era costumes. All second graders were bussed to the

Porter Center where the Brevard College Percussion Ensemble led by the

head of the percussion department introduces them to the world of

percussion instruments. All fourth graders were entranced by the Pyramid

performed on the spot for them by the Opal Strings Quartet.

Brevard Philharmonic’s live performance of Tchaikovsky&#39;s Peter and the

Finally, with the goal of making sure every student in our system who wants

to play can have access to an instrument, the Philharmonic started its

Donate Your Instrument Program, or DYI.

playing condition. So far this year they have distributed violins, violas,

flutes, clarinets, trumpets and a snare drum to aspiring musicians in both

Brevard and Rosman middle and high schools. The goal is to grow the

program so that more instruments can be donated to more students

wherever there is need.

from the United Universalist Church men’s group, wanting to give to

our Donate your Instrument Program,” said Tisdale. “They

presented us with a check for an unbelieveable $581.” The donation was in

memory of one of their former members, Arnold Braun, a music lover

and avid supporter of music in education.

quality of his or her life,” said Tisdale. “I met a young woman at the

intermission of the last Philharmonic concert. She had been in the Rosman

marching band, and today she is a history major at Appalachian State. She

room and played the french horn. ‘Something just happened to me,’ she

told me. ‘I knew that I had to play the French horn.’ Today she credits that

her life. This is why we do what we do,” said Tisdale.

To donate money or your own musical instrument, call the Philharmonic

John Williams Extravaganza pops concert on May 6th at the Porter Center.